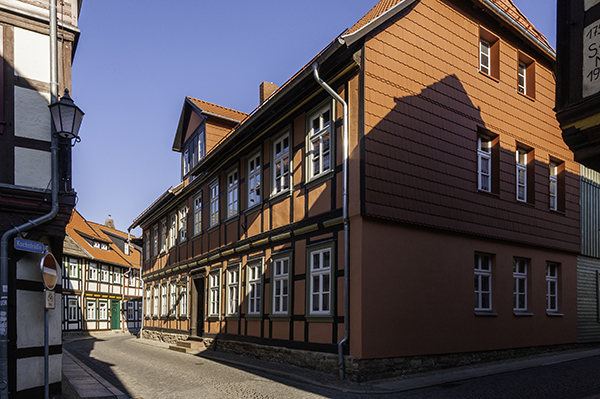 The holiday apartments in our lovingly restored half-timbered house are located in the heart of the historic old town of Wernigerode and are located about 240 metres from the famous historic town hall.

The house, on the corner of the Oberengengassse and the Kochstraße, is located on the site of a former nobleman’s household from the 13th century, that was free of the taxes and other duties of citizens of the town. From 1592 to 1619 it was the residence of Katharina Lappe, the mistress of Count Wolfgang Ernst to Stolberg-Wernigerode, who lived in the castle. The couple had six children together who lived here “below” with their mother! So even many years ago, the heart played an important role in the house. 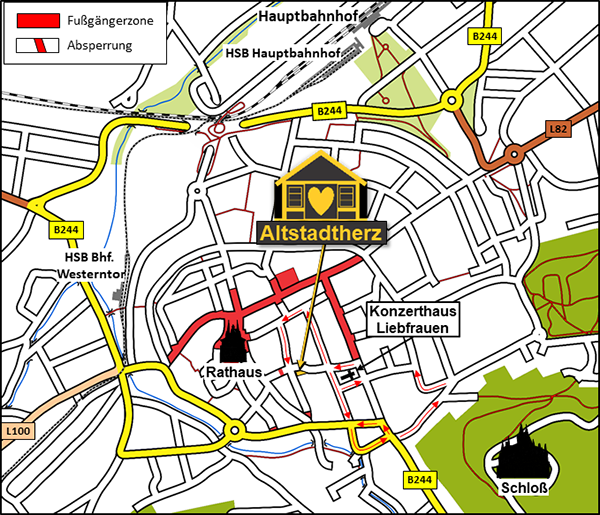 With the location of the holiday apartments all the sights, museums, cafés, restaurants and shops of the old town of Wernigerode are within easy walking distance. Wernigerode Castle (and the gardens and parks that belong to it) is around 15 - 20 minutes’ walk away. Alternatively, it is possible to travel comfortably up to the castle from the nearby Marktstraße with either the “mini train” or a horse-drawn carriage.

We have put together information and photos of some of the sights and museums which are close to the holiday apartments.

Even sights such as the Christianental Wildlife Park (1.8km), the Miniature Park “Small Harz” and “Citizens' Park” (2.1 km), the Royal Stables (part of which is now an events centre, 1.3 km) and the Aviation Museum (1.7km) are all walkable from the holiday apartments. The railway station Wernigerode-Westerntor and the Wernigerode operations centre, both part of the Harz Narrow Gauge Railways, are about 750 metres away. Wernigerode Main Station (HSB) with the viewing platform beside the engine sheds is 1.1 km away.

Wernigerode lies on the north side of the Harz Mountains, in the centre of Germany, and has good road, hiking trail and cycle trail connections to the towns and tourist attractions in the Harz Mountains. The “Harzer Schmalspurbahnen” (Harz Narrow Gauge Railways) based in Wernigerode operates the Brocken Railway, the Trans-Harz Railway and the Selke Valley Railway. Together these railways form one of the largest remaining steam paradises in Europe, if not the world. A modern road network links Wernigerode to the neighbouring towns of Goslar, Bad Harzburg und Ilsenburg to the West and Blankenburg, Thale und Quedlinburg to the East. Both the Historic Town of Goslar (40.2 km, or 37 minutes by the B6N/A36 from our holiday apartments) and the Old Town of Quedlinburg (29.8 km, or 31 minutes by the B6N/A36 from our holiday apartments) are part of UNESCO World Heritage Sites.

The regional express trains RE4 and RE21 operated by Abellio run from Wernigerode Main Railway Station and connect Wernigerode to the German railway network via Goslar, Halberstadt, Halle and Magdeburg. Journeys to and from Quedlinburg by train require a change in Halberstadt. Within the Harz District there is a good public bus network.

The three holiday apartments in our house have all been classified as 'Three Star' by the German Tourism Association (opens a new browser window). Please click here to see the current Price List for our Holiday Apartments. 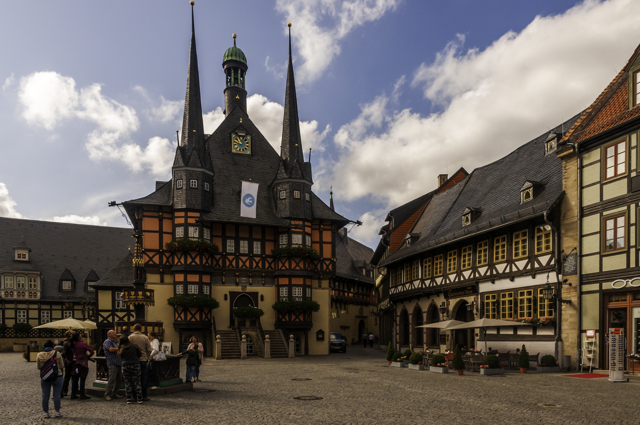 The historic town hall in the market square, Wernigerode 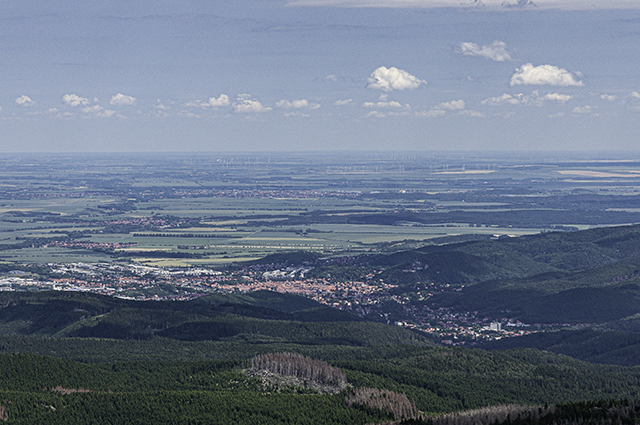 View of Wernigerode from the “Brockenhaus”, Brocken Plateau, Schierke