Wernigerode is located in the middle of Germany on the north side of the Harz Mountains. The Ferienwohnungen Altstadtherz (Holiday Apartments) in Wernigerode are best reached by car via the B6N (which was upgraded to the A36 Motorway on 1st January 2019, but has not yet been fully re-signposted) - Either:

The new A36 Motorway (old A395 and B6N) connects Braunschweig with Bernburg (Saale) and offers a fast connection to Wernigerode from the Braunschweig area (and also from the A2 Motorway which links the cities of the Ruhr via Hannover, Braunschweig and Magdeburg to Berlin). 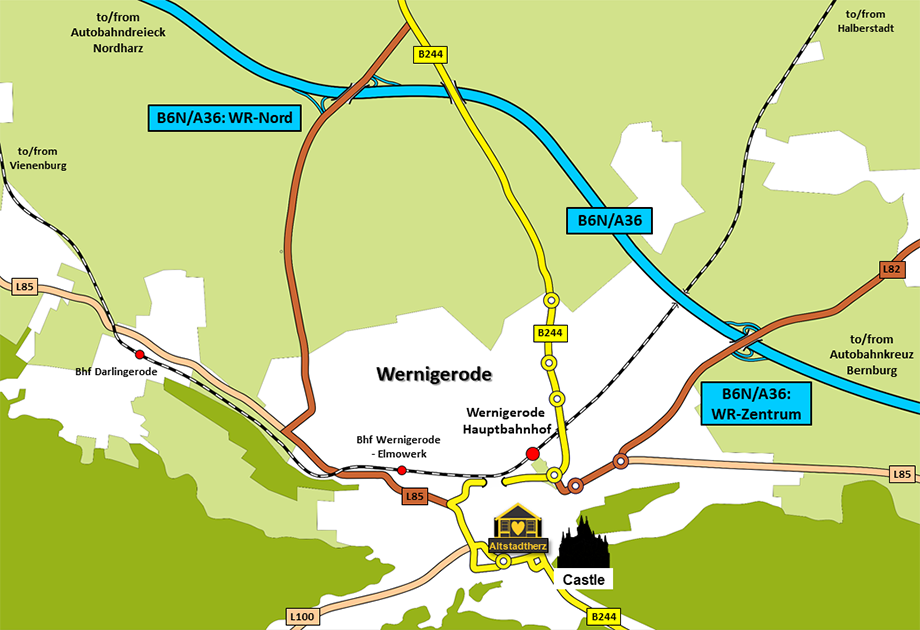 Some guests have followed their GPSs, or SatNavs, to the main door of the Ferienwohnungen Altstadtherz on the Oberengengasse. This route through the Büchtingerstraße, Unterengengasse and the Kochstraße is a long narrow one-way street and turning into our courtyard is impossible. We have therefore put together two "photo routes", which can be seen on the map below. The blue route starts on the L82 to the East. The green route starts on the B244 to the West.

Since many streets in the town centre of Wernigerode are closed to traffic or are one-way streets, you can only drive to the Ferienwohnungen (Holiday Apartments) Altstadtherz from the B244 via the Burgstraße and past the Liebfrauenkirche (church). From the L82, drive along the Lindenallee, along Am Vorwerk and past the Liebfrauenkirche (church). The parking area for the Altstadtherz holiday apartments is located on the rear courtyard of the property: 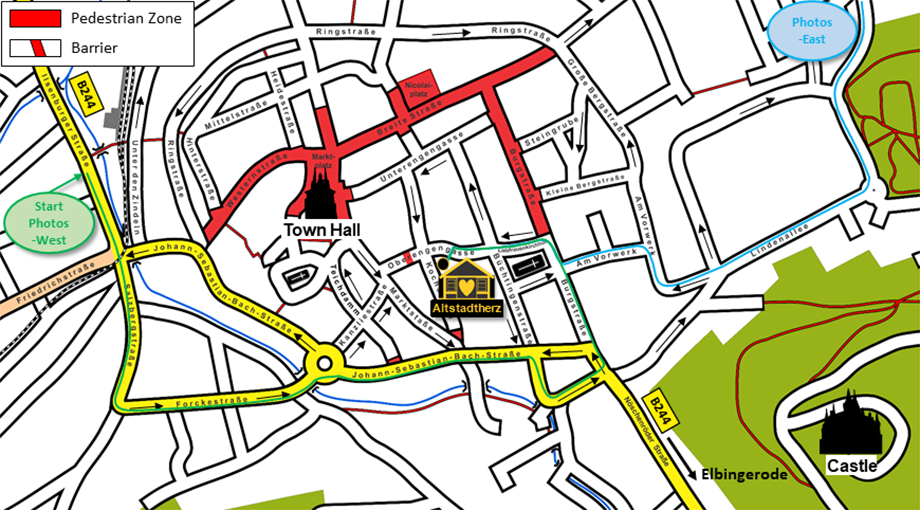 Wernigerode and the Harz Mountains can be reached from the more distant parts of Europe by flying to one of the following airports: Hannover (Langenhagen), Leipzig-Halle, Berlin-Tegel and Berlin-Schönefeld. All these airports offer car hire facilities and only Berlin-Tegel is not directly on the railway network. Berlin-Tegel does have a bus service which connects to long-distance trains from Berlin-Südkreuz Railway Station and Berlin-Hauptbahnhof (Main Station).

To-date guests from Spain and the UK have used Hannover and Berlin-Schönefeld airports and we have assisted them with advice on rail transport to and from these airports.

Guests from further away (e.g. Australia and New Zealand) tend to use Frankfurt Am Main airport and, if ticketing allows, a domestic flight on to either Hannover or Berlin-Tegel. 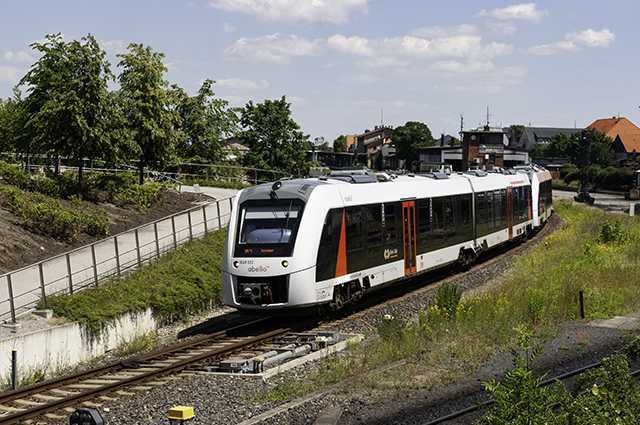 RE4 on the route Halle Hbf ‹–› Goslar Hbf 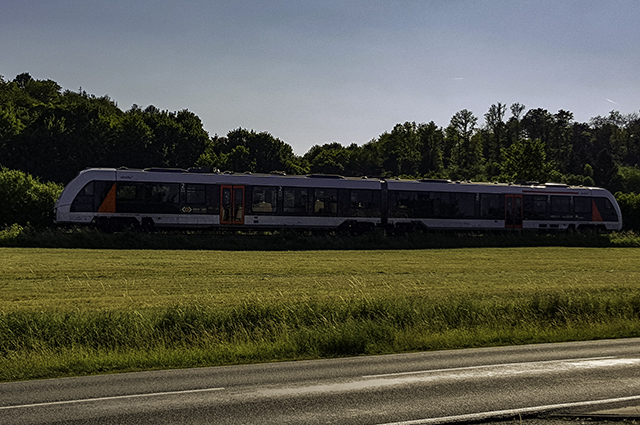