Tourist Attractions in the Surrounding Area

On this page we present some of the tourist attractions in Wernigerode and the surrounding area.

At the moment, only the information on Harz Narrow Gauge Railways (Harzer Schmalspurbahnen) is ready. Further articles about the Harz Mountains, the Brockenhaus, the Aviation Museum, etc. are planed.

Wernigerode is the headquarters of the Harz Narrow Gauge Railways (Harzer Schmalspurbahnen, or HSB) a metre-gauge railway network. In Wernigerode you can see:

The Harz Narrow Gauge Railways consist of the Brocken Railway, the Trans-Harz Railway and the Selke Valley Railway and form a route network of 140.4 kilometres. With 25 steam locomotives (built between 1897 and 1956), the narrow gauge railways in the Harz Mountains are one of the last great steam adventures in the world. The HSB also owns 12 diesel locomotives and 10 railcars together with rolling stock comprising 88 passenger coaches, 19 railway service cars and 30 freight cars. 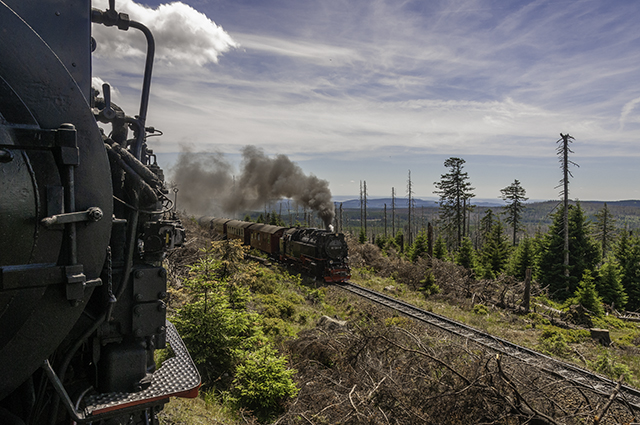 A train approaches Goetheweg Station on the Brocken in summer

The Brocken is the highest mountain in Northern Germany and, because the Brocken road is closed to public transport, it is only possible to reach it via various hiking routes, by bike or with the Brocken Railway. The Brocken is a place of extreme weather conditions and lies above the natural treeline.

A trip to the Brocken is highly recommended and trains leave from Wernigerode several times a day. To the timetables of HSB (opens a new browser window in German). 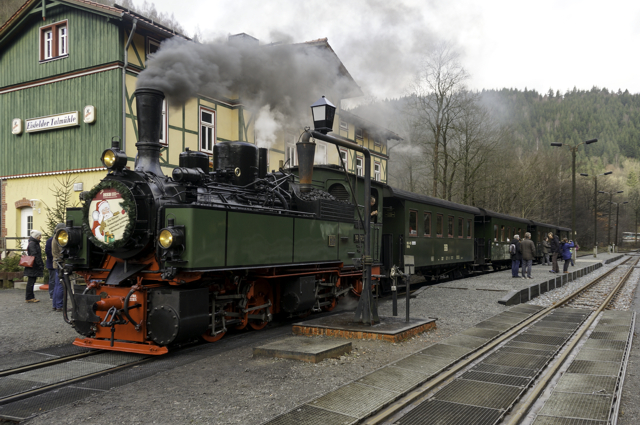 A special train in Eisfelder Talmühle Station in the Harz

The 60.47-kilometre Trans-Harz Railway connects Wernigerode on the northern flank of the Harz, via Drei Annen Hohne and Eisfelder Talmühle with Nordhausen, in the State of Thuringia, on the south side. This railway line on the north-south axis of the Harz displays the interplay of all the beauty of this low mountain range.

As few timetabled trains operate along the full length of this route, it is best experienced with one of the HSB’s special trains (opens a new browser window in German). 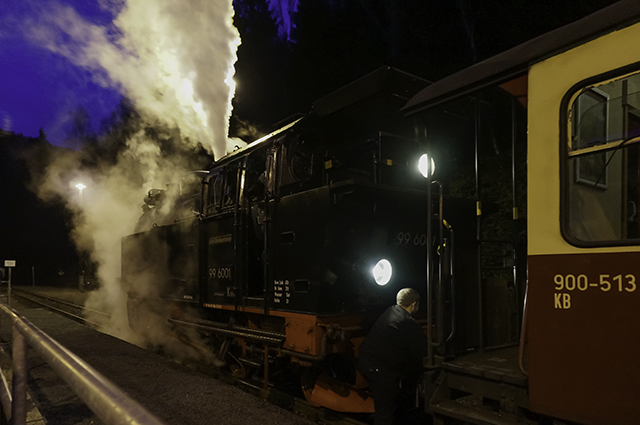 To experience the Selke Valley Railway from Wernigerode, it is better to make a trip to Quedlinburg by regional train or by bus. A return trip in the afternoon with two changes (in Stiege and Eisfelder Talmühle) takes five hours. 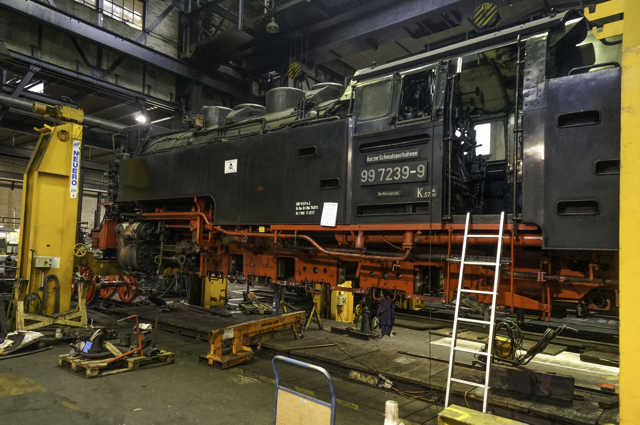 Here in the imposing workshop built in 1926, adjacent to the Wernigerode-Westerntor Station, the entire technology (steam locomotives, diesel locomotives, railcars, passenger and freight cars and special vehicles) of the Harz narrow-gauge railways is maintained. The guided tours of the workshop usually take place on Friday (except on public holidays) at 1:45 pm (13:45). Additional tours are held on Wednesdays during the holiday periods of the states of Saxony-Anhalt, Lower Saxony and Thuringia.

These workshop tours are very popular, have a maximum of 25 participants and are carried out in the German language. An early booking is recommended.

Steam locomotives in the Town 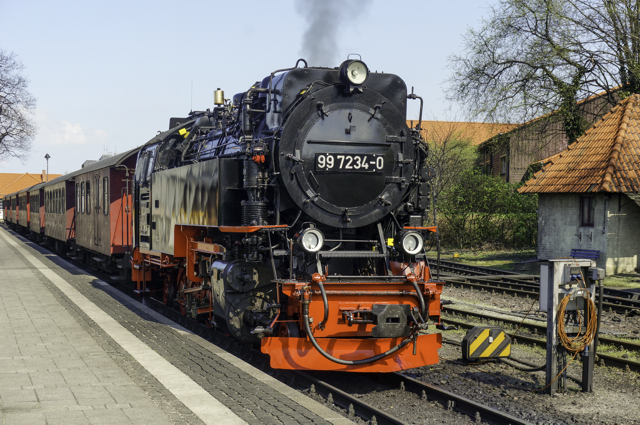 If you do not have time for a train ride or a workshop visit, you can also experience steam locomotives in the town! Good viewing opportunities are possible from the viewing platform (please do not forget to put a small donation in the collection box) at the engine shed at the Wernigerode Main Station (HSB), at the Wernigerode-Westerntor Station, at the road/rail crossing of the B244 in front of the Western Gate (Westerntor) and on the very narrow Kirchstraße (to the West of Wernigerode-Hochschule Station), where the train runs along the street like a tram. 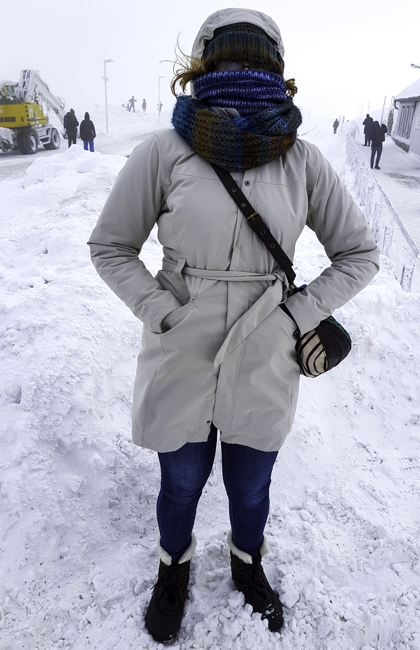 In Brocken Station at -5°C and that is not including the wind chill factor! 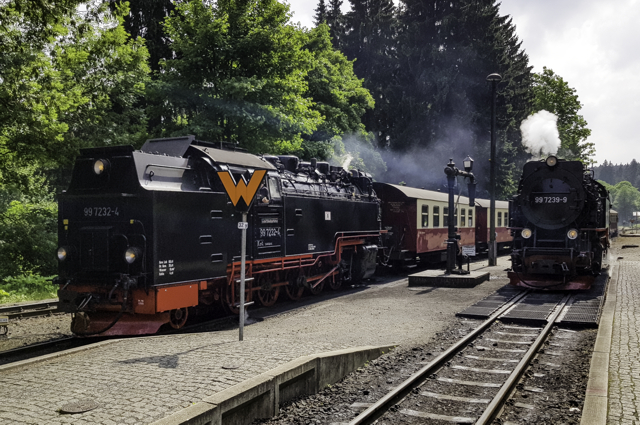